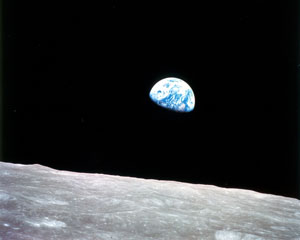 Moon Express (MoonEx), the host of the next Celestis lunar memorial spaceflight, has announced that it will provide $1.5M in private funding for NASA-selected, lunar science payloads to fly to the Moon — including a payload that will fly along with the Celestis participants on board the Celestis Luna 02 flight.  When families choose Celestis memorial spaceflights they not only fulfill their loved ones’ dreams of spaceflight, they also support the exploration of space.

Moon Express made its announcement November 1, 2016 at the annual meeting of NASA’s Lunar Exploration Analysis Group (LEAG), in response to NASA’s call for lunar instrument concepts that would be flown to the Moon utilizing commercial mission services. Under its Lunar Scout Program, Moon Express will provide up to $500,000 in funding for each instrument selected by NASA to fly aboard the company’s first three commercial lunar missions of opportunity, beginning next year in 2017.

“The Moon Express Lunar Scout Program is designed to expand our partnership with NASA and support the lunar science community with new low cost lunar orbiter and surface missions,” said company founder & CEO, Bob Richards. “Our goal is to collapse the cost of access to the Moon to enable a new era of lunar exploration and development for students, scientists and commercial interests.”

Earlier this year, Moon Express became the first private company to receive government permission to travel beyond Earth’s orbit into deep space and land on the Moon. The company received the landmark U.S. policy decision on July 20th, 2016, following in depth consultations with the FAA, the White House, the State Department, NASA and other federal agencies. Moon Express plans a series of low cost robotic missions to the Moon starting in 2017 in support of science, exploration and commerce, with a long term goal of prospecting and harvesting lunar resources.

Moon Express was selected by NASA as an industry partner in 2014 under the Lunar Cargo Transportation and Landing by Soft Touchdown (CATALYST) program, designed to spur commercial cargo transportation capabilities to the surface of the Moon. Under the Lunar CATALYST program, NASA has provided Moon Express with technical support in the development of the company’s lunar lander systems, including the first ever flight tests of a commercial lander test vehicle conducted at the NASA Kennedy Space Center Shuttle Landing Facility.

The Lunar Scout Program is intended to be a pathfinder beyond Lunar CATALYST for new public private partnerships enabling delivery of NASA funded lunar science and exploration payloads by Moon Express commercial missions of opportunity.

“Public-private partnerships can further enable the exploration of the Moon and we applaud NASA and Moon Express for their initiatives,” remarked Dr. Clive Neal, LEAG Chairman. “Programs of these kind will enable new lunar missions of interest to the national and international scientific and exploration communities.”

ABOUT MOON EXPRESS
Moon Express, Inc. (MoonEx) is a privately funded commercial space company blazing a trail to the Moon to unlock its mysteries and resources with low cost robotic spacecraft products & services using exponential technologies. Driven by long-term goals of exploring and developing lunar resources for the benefit of humanity, the company has short-term business on-ramps of providing lunar transportation and services for government and commercial customers. NASA partnered with Moon Express in 2014 under its Lunar CATALYST program to help build the capability to return the United States to the surface of the Moon. In October 2015, Moon Express announced a launch contract with Rocket Lab USA for 3 launches to the Moon beginning in 2017. In 2016, Moon Express announced an agreement with the US Air Force to utilize Cape Canaveral Launch Complexes 17 and 18 for the development of its spacecraft.

Reservations are open for the Celestis Luna 02 mission. Contact us for more information.

Visit our new blog at www.Celestis.com/blog/